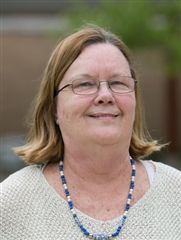 Carol Ebbert Hackett ’65 was a member of the Dobbs Athletic Association (DAA) and a proud Delta. At Dobbs, Carol played field hockey, volleyball, tennis, softball, basketball and one season of lacrosse. After graduating in 1965, she continued playing volleyball for the next 12 years.
Carol joined the staff of the Wooster School in Danbury, Connecticut in 1973 where she coached varsity volleyball and girls varsity tennis and taught physical education for 35 years. After serving as the assistant athletic director, coordinating girl’s athletics, Carol became the first female athletic director for a co-ed school in the New England Prep School Athletic Association. As Title IV was just beginning to be implemented nationwide, Carol had to fight to provide her female student athletes the same number of competitive teams, uniforms and equipment. Carol’s goal during her tenure at Wooster was to make sure that all the students—especially the girls—felt good about themselves and felt comfortable doing some type of physical activity while displaying good sportsmanship.

We honor Carol for her commitment to athletics and the strides that she has made in advancing opportunities for women and girls to pursue their athletic interests.
Back